What is a limited versus a general receivership? 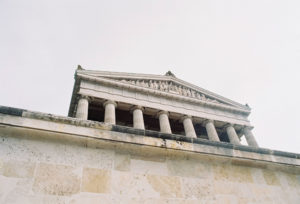 This story was originally published by NMBL Strategies here: What is a Limited Versus a General Receivership

A receiver can be appointed by the court for many reasons, but alongside all of the applications for receivership, there are also two types of receivers, limited and general. A limited receiver is subject to certain restrictions in scope and authority while a general receiver is not. General receiverships also have their own rules and features. The Missouri Commercial Receivership Act (MCRA) requires that receivers are specifically limited or otherwise the motion will be filed for a general receiver, so it is important to have a firm understanding of the nuances of each. This blog will examine the different reasons and responsibilities of limited versus general receivers.

A limited receiver is one that is appointed to take control of “a limited corpus of the debtor’s property” (MCRA §515.515). For example, if the debtor were to have many assets, the receiver is appointed as the custodian on one specific asset and has no right to direct the property or operations of the other four. In order for creditors to successfully motion for a limited receiver, the order must indicate that the motion is intended for a limited receiver and then describe the property encompassed in the limited scope of receivership. If there is no indication that a receiver is to be limited, a receiver appointed under the MCRA is presumed to be a general receiver. Let’s look at what a general receivership entails.

A general receiver is one appointed to administer all of the debtor’s non-exempt property. As in the example used earlier for a limited receiver, the general receiver would control all four assets/properties. An additional responsibility for a general receiver is to file with the court certain monthly schedules. Additionally, the court has the authority to impose additional duties on the receiver. All of this reveals the flexibility and available transparency a court can create through a receivership.

Unless it is specifically ordered by the court, the order appointing a general receiver also functions as a stay against collection actions against the debtor and their properties. The appointment immediately halts creditor lawsuits or execution sales. It is important to note that the stay against actions against the debtor expires sixty days after the appointment of a receiver unless the court extends it. The receiver or debtor may request an extension of the stay with good cause, but similarly, a person whose action/proceeding has been stayed may seek relief from the stay with good cause. Also, the stay does not protect the debtor from criminal proceedings. Read more about receivership and stays in the MCRA section §515.575.

Not only does the court appointing the receiver become the channel for all receivership action, but it also handles all related proceedings and claims. When a receiver is appointed, the court gains a significant amount of control that brings transparency and stability to the situation at hand. Exclusive control by a court results in transparency and trust throughout the process. This control and stability is a major reason why receiverships are effective at securing and protecting assets. Receiverships will play an important role in the future of creditor disputes, insolvency, and other debtor issues especially in Missouri after the creation of a clear and well-established set of rules prescribed in the MCRA. We are excited for more states to develop their receivership laws and find the success in receivership that Missouri has already seen.