This article was originally posted on www.nmblstrategies.com. 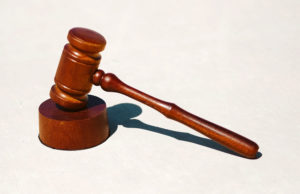 Here at NMBL Strategies, we recognize that Commercial Receiverships are widely unknown to the public. At the very least, it is not a common topic that people are discussing. Regardless of how well receiverships are understood by the public, we have been engaged into several as receivers and strongly believe in their mediative power and flexible application. While each possesses differences, every state has some receivership law in place. In Missouri, it is the Missouri Commercial Receivership Act (we’ll call it the MCRA from now on). With the codification of the MCRA, judicial applications for receiverships are more common because the act provides clear rules and circumstances for appointing a receiver. This blog will examine the common applications of receivership based on the MCRA.

“(2) In an action in which the person seeking appointment of a receiver has a lien on or interest in property or its revenue-producing potential, and either:

(b) The appointment of a receiver with respect to the property or its revenue-producing potential is provided for by a valid and enforceable contract or contract provision; or

A receiver can be appointed in order to secure an asset and protect its value. A common example of this application is the collateral of creditors. Above, we see the circumstances in which a receiver can be applied to protect a creditors’ assets. Not only can a receiver protect the value of tangible assets, but they can protect and continue to use an apparatus that would pay debts such as a business’s revenue production or rent collection. There are many reasons why a receiver is needed to protect assets. In this instance of appointment, the court has found that a company needs immediate assistance and supervision in order to “keep, preserve, and protect” the assets of the business for the benefit of the creditors.  A business could suddenly lose its only qualified leadership or the leadership in place is believed to be mismanaging the business’s revenue. There could even be a dispute amongst the leadership. A receiver can protect the value of a business rather than let operations suffer as leaders sort out a disagreement. This allows the creditor to protect the asset in interest rather than have to sit idly and watch its value degrade.

A receivership is highly beneficial in this application because creditors can petition the court for a receiver and only need to give seven days notice to the debtor. This brief notice period allows a receiver to quickly secure an asset. Additionally, the receiver can potentially increase the value of an asset and bring fresh ideas to a business. A receivership provides the opportunity for experienced and innovative management for a business that is struggling, leaving it in a better place than before the receivership.

Appointing of a receiver due to insolvency is a measure that creditors can take rather than attempt to force involuntary bankruptcy upon a debtor. To learn more about the differences between these processes and how a receivership benefits creditors, visit our blog comparing Receivership and Involuntary Bankruptcy. Simply, a receivership is faster, cheaper, and overall, less risky. Creditors can motion for a receiver when a business’s debts exceed the value of their assets, and they are failing to pay debts as they come due. The receiver will secure the collateral and business and prevent further harm to the creditors’ assets. This process can often result in dissolution, liquidation, and a claims process. In some cases, the debtor may not truly be insolvent and is simply not paying debts as they come due; having a receiver in place can verify the state of the business and easily share that information due to the transparency of the receivership process.

In this application of receivership, the receiver secures the entity and winds it down. The appointment for dissolution is closely related to an appointment for insolvency as it is the reason for dissolution. Most circumstances involve a business that is insolvent and the receiver is unable to return the company to profitability. They begin winding down the entity by collecting all outstanding receivables, liquidating assets, and determining the priority of creditors in order to pay off debts. The MCRA also significantly changed the receivership process in Missouri because it established a claim priority standard. A clear claims process greatly benefits the effectiveness and efficiency of a receivership responsible for paying debts.

Receiverships are highly effective at securing and protecting the value of assets of creditors. The use of a receiver is dynamic and can handle a multitude of evolving situations. Creditors and debtors can gain the benefit of an experienced industry professional leading their business or managing their assets. With the MCRA, judges have the confidence of clarity to appoint a receiver and the receiver has a clear outline of their powers and responsibilities to all parties. Furthermore, the receivership process is transparent as the receiver must report to the court on their activities and major actions must be filed with the court for approval.